From weddings to celebrity bashes, Sweetie Factory founder Janet Marsh reveals all on the revival of sweets and desserts that are feasts for the eye and treats for the tummy.

Imagine walking into a wedding reception or birthday bash to find a giant six foot table adorned with jars of sweets and endless amounts of cake.

Sweetie Factory provides sweet and dessert tables for both big and small events – from weddings and corporate events to birthday parties and baby showers.

Displays have reached some of London’s most prestigious venues such as the Mayfair Hotel and Claridge’s. 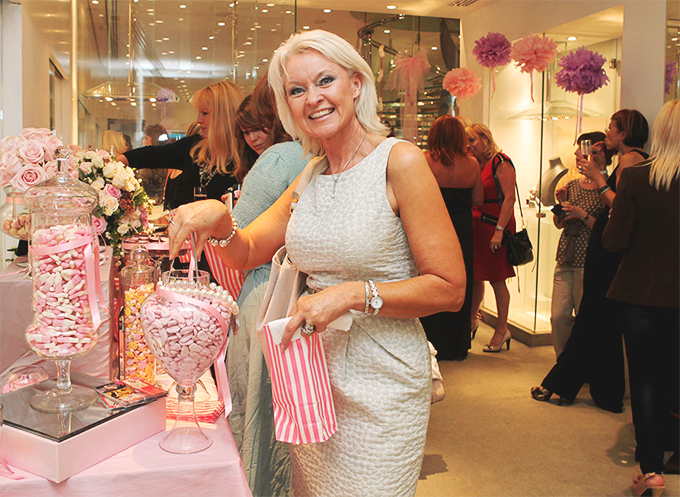 “We’re a small business, basically just me at the moment, which I’m quite happy with… and we’re gaining a reputation for lavish and luxury sweet displays” says Janet.

However by 2009, orders for sweets and dessert tables were really taking off and so she founded and focused on Sweetie Factory.

“As is turned out, I ended up selling more candy buffets than I did wedding services, so that’s really how it evolved”, she says. 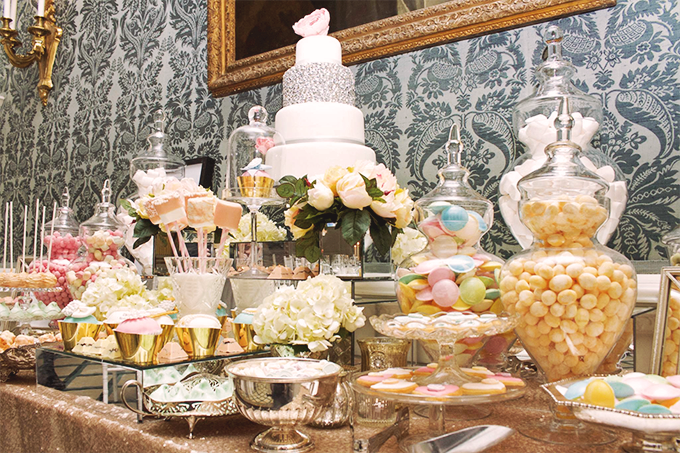 “It’s a relatively new concept”, she explains, “and other businesses like this tend to go down the ‘sweetie cart’ route, which is just a mish-mash of all different sweets”.

Janet makes 80% of the treats in her kitchen at home which allows for impeccable attention to detail for her outrageously tempting Oreo pyramids and chocolate truffles, to classic lollipops and jelly sweets.

“Everything is matched up in a way that tones the colours together”, she says.

A great example is a baby shower that Janet recently catered for, where the colour scheme was pale green, lemon, mouse grey and blue. 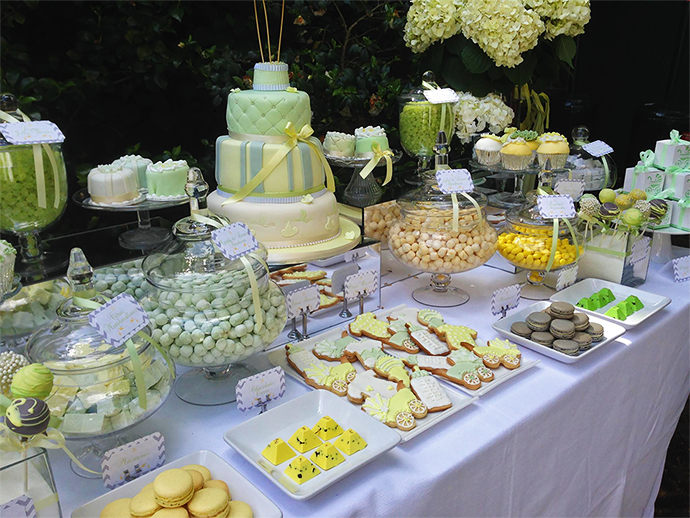 “I would go away and plan the sweets that are the colours to match with that [scheme]; so we had lime jelly belly beans, apple bonbons and sugared almonds”, she says.

“They’re not just sweets on a table, but feasts for the eye and treats for the tummy”.

Janet uses Carrier Bag Shop’s striped and polka dotted paper bags to package her sweets and treats, which she then personalises with ribbons and unique Sweetie Factory tags. 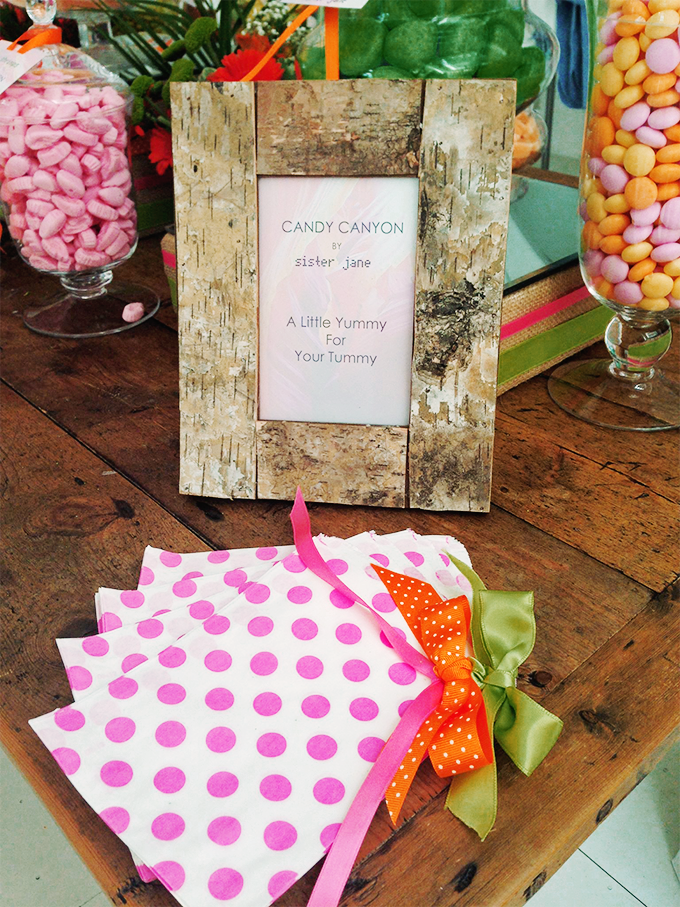 She believes that it’s important to have personalised packaging as an available option.

However, she says that “it really depends on the clients [and] what they want, because very often it can be down to budget”.

When asked why she uses Carrier Bag Shop for her packaging, Janet simply says “service”.

“I know [my bags] are going to be delivered pretty much in a couple of days”, she says, which is a key factor for her as she often gets short notice on jobs.

“Going back to each job [being] bespoke, [Carrier Bag Shop has] quite a good range, so I can choose different colours”, she says.

We would like to thank Janet for choosing Carrier Bag Shop for her sweet and gift bags.

We’re hoping she sends us back one of our own bags filled some home made treats!

For more information on Sweetie Factory, visit Janet’s website and let her know we sent you!

These gorgeous Natural Kraft Boutique Gift Paper Bags are perfect for shoe or clothing boutiques, or indeed any retailer who wants to add an extra touch of elegance and class to their brand. The are 100% recyclable and now have a colour matching rope handle. www.carrierbagshop.co.uk/laminated-paper-carrier-bags/natural-kraft-boutique-carrier-bags/Natural... ... See MoreSee Less

We can work with you to create your perfect bespoke bag. Get in touch with our print team to discuss your ideas and obtain a quote.www.carrierbagshop.co.uk/print/ ... See MoreSee Less

We have all your packaging needs under one roof, mix and match to find your favourite colour combination of paper bags, tissue paper and ribbons. ... See MoreSee Less